Hello Patreon Family! Very happy to announce and share with you the sketch for the front album cover and the artist involved. This year, I’m working with Brad Miller (HYMN). Check out his work here:https://linktr.ee/Hymn_of_dreams What do you think? ? This is just a sketch. If you look around at Hymn’s work you can imagine […]

Hello Patreon! This week I will announce and start my 2022 album pre-order fundraiser. It will be a 7″ record. Shorter album than usual. But, you know what? I made it to ½, so I am gonna take a breather from making so much music! My energy instead is going to be focused on tour! […]

Hello everyone! Just wanted to pop on here and give an update regarding the ½ merch.  Vinyl: Due to some serious COVID delays, the vinyl has been significantly delayed compared to other years. But, the good news is, it’s done! Being shipped to my home right now! Box Sets: All of the CDs are manufactured […]

I want this to be my next masterpiece

Alright. Here’s an incoming demo. Note this is just a demo. I am going to rerecord the whole thing most likely. I want some string bass and flutes. Trying to make this be a beautiful orchestration. Firebird! Now that’s a cool imagery. I’m not Slavic but I like the myth! It’s not a Phenix, it’s […]

Hello patrons! As always, enjoy my album the day before it’s release! https://www.cullah.com/½-privatePassword: twohalves Keep these songs private until the official release tomorrow ?

Bedroom photoshoot! Making the album cover. The easiest subject to photograph so far. We get a long very well. I wonder why.

There may or may not be a few switches in order, but it’s pretty much almost DONE!! Literally the last few days until I’m done. Lucifer is the last beast to conquer. WISH ME LUCK. Every year, the finishing of an album is so incredibly emotional. I often feel like things are unraveling or like […]

This is a little snippet of a song about the zodiac stories from East and West and how we all could use a reminder now and then that we’re just animals, too.

OK! A lot less purple and a lot more yellow! That’s good! Ahhh I ONLY HAVE A FEW WEEKS HOLY SHIT!

Ok, so here is a preview of a song currently titled “weil52-2” but I think the final track name will be something like “The Two Trees of Valinor”. That’s based on the Tolkien mythos. Some of you might have heard it on my livestreams earlier in the summer when I was writing it. I just […]

Which one do you prefer?

You didn’t ask for it. But here it is. I only had four hours to make this. ? But a good way to test out this new space I’m recording in. I have some new videos I’m making here too. ❤️

Rhapsody in Lieu of Etude 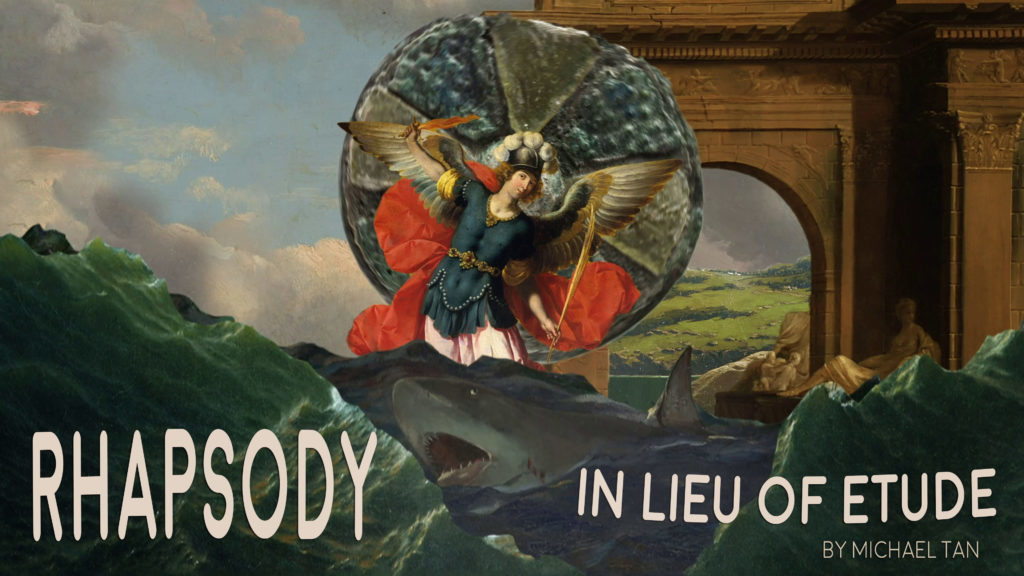 Rhapsody in Lieu of Etude by Michael Tan IG: @mikeftan “All the images used in this video were from the metropolitan museum of art’s collection and their open access resources.” from my 2017 album Cullahmity https://www.cullah.com/discography/cullahmity/rhapsody-in-lieu-of-etude/

Hello Patrons 🙂 ½ is coming up FAST. 138 days left! I have been grinding away at this, as I do every year. This one is coming with some really special changes and energy shifts. I now have access to a larger and more proper recording studio — which means I can collaborate with artist […]

Danny Duffy is hard at work! Here’s a sketch of a portrait he did of me. Something that is the building blocks for a really fantastic piece for the album. More behind-the-scenes vids and audio coming soon too!

On My Way To You (cover)

Enjoy this patrons only cover of Cody Johnson’s tune. Also here’s a little sneak peek at the environment where I’m gonna be finishing up my album. It’s a special place in a warehouse in Milwaukee that hopefully you’ll see some livestreaming out of. And other awesome behind the scenes stuff for patrons only! The router […]

Get all latest news, exclusive deals and updates.